A new book claims Disney conspired with the CIA to buy up cheap land in Florida for Disney World and orchestrate a unique legal situation that makes the theme park above the law. The company took advice from former CIA agents and lawyers to engineer statutory grounds which still allows Disney World to avoid taxation and environmental regulation, it is alleged. The special legal situation underpinning the site is not only unconstitutional, it is claimed, but allows the company to avoid any inconvenient decisions democratically taken at the local level. Continue after the page break for the rest of the story… 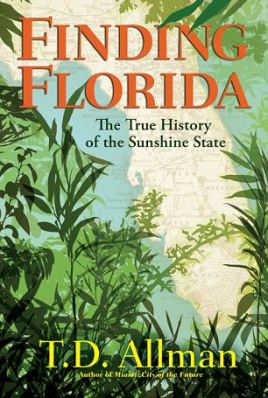 In 2005 the then chief of Florida’s Bureau of Fair Rides Inspection summed up the impunity with which Disney World operates when he admitted: ‘We don’t have the authority to close the park down or close the rides.’ The allegations have been made in a new book, Finding Florida: The True History Of The Sunshine State, by investigative journalist Timothy Allman. Best known for his work on the CIA’s ‘secret war’ in Laos and interviews with world figures as foreign correspondent for Vanity Fair, Allman has now turned his attention closer to home with this exposé of Florida’s murky past.

In Finding Florida he claims that Walt Disney conspired with William ‘Wild Bill’ Donovan – the so-called ‘Father of the CIA’ – to establish a state-within-a-state where he could ‘control the overall development’ of Disney World. Donovan, founding partner of New York law firm Donovan, Leisure, Newton & Irvine, whose attorneys included future CIA director William Casey, provided lawyers to help Disney distract attention from its plans, says Allman. These attorneys, it is claimed, provided fake identities for Disney agents, set up a secret communications centre and organised a disinformation campaign to make sure sellers had no idea who was buying their property. In this way, Disney was from the mid-Sixties able to snap up 40 square miles of land in the Sunshine State for a knockdown price of less than $200 an acre.

Disney and his advisers then sought a way to ‘limit the voting power of the private residents’ of the area, to control the impact that local democracy might have on the company’s plans. They employed a scheme devised by senior CIA operative Paul Helliwell to establish two phantom cities populated by hand-picked Disney loyalists around which Disney World would be based. The cities were based around Bay Lake and Lake Buena Vista, two artificial reservoirs Disney engineers created by obstructing the area’s natural water flow. The company could then ‘use these fake governments to control land use and make sure the public monies the theme park generated stayed in Disney’s private hands,’ Allman writes. Teams of Disney lawyers working out of Donovan’s New York law firm drafted the legislation to establish the two pseudo-cities, which was passed by the Florida legislature in 1967.

However, in violation of both the U.S. and Florida Constitutions, the carefully drafted laws specified that any elected office holder must own property within the cities. The law, which states that each candidate for office ‘must be the owner, either directly or as a trustee, of real property situated in the City’, ensured any local politician would be intimately linked with Disney.On the day of the magic kingdom’s inauguration, Walt Disney, speaking from beyond the grave in a recorded presentation, boasted of creating a new kind of America. ‘Of course he was right about creating a new kind of America,’ Allman writes. ‘By turning the State of Florida and its statutes into their enablers, Disney and his successors pioneered a business model based on public subsidy of private profit coupled with corporate immunity from the laws, regulations, and taxes imposed on actual people that now increasingly characterises the economy of the United States.’

I think Allman is trying to make a story out of simple facts to create some kind of conspiracy, and why not, he is trying to sell a book. However, tarnishing a great man’s name is shameful. Did Walt want to create a city in Florida, yes. Did he higher some of the top lawyers and professionals in the country, yes, any major corporation does. Did Walt want to make sure all loose ends were tied up and that in creating EPCOT not allowing residences, voters and politicians to ruin his company, yes. A lot of planing goes into creating a major city as Walt was trying to do and I believe he was only doing what he did best; getting a group of top minds together to create something never done before. If only we had that type of creative genius today; the world truly needs one more then ever!

Retlaw, Walter spelled backward, was incorporated on April 6, 1953. The company would provide Walt a way to fund the development of Disneyland. He owned one-third of the company, and his daughters owned the other two-thirds. Walt negotiated a deal that in return for licensing his name to Walt Disney Productions, he would receive either a five-percent royalty from every merchandising transaction, or he would take a share of up to fifteen percent in every Disney project. Considering that the Disney name appeared on virtually everything, the agreement was especially lucrative to Walt and his family. This eventually created tension between Walt and his brother Roy. Continue after the page break for the remainder of the story…

Walt felt he had ample justification for the agreement. “I borrowed on the insurance I’d been paying on for 30 years, and sold my house in Palm Springs to get Disneyland to a point where I could show people what it would be,” he said. “My wife complained that if anything happened to me, I would have spent all the family money.” He did find one early investor, the Bank of America. One day Roy Disney was in his office when he got a call from a banker friend who said, “Walt was in my office today.” “Oh?” replied Roy. “It’s about the Park. We went over the plans he showed me. You know, Roy, that Park is a wonderful idea,” the banker said. Roy asked, “Did Walt try to borrow from you?” and the banker replied, “Yes, he did. And you know what? I loaned it to him.” Walt even had Hazel George, the Studio nurse and Walt’s confidante, to canvas the studio for additional investors. They called that group of early believers the Disneyland Backers and Boosters. Roy was impressed. 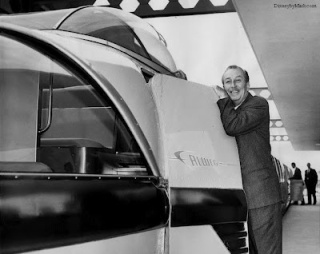 Eventually, Retlaw would own the old-fashioned scale-model steam railroad that would circle Disneyland and, in time, the futuristic Monorail that would circle Tomorrowland. The railroad paid twenty percent of its gross revenues to Walt Disney Productions for the right-of-way.  Employees of Retlaw did not work for the Studio or Disneyland. They worked directly for Walt. Retlaw was also there to protect the Walt Disney family financially in case things did not go as well as planned.

Walt’s starting the new firm was a major sore spot between the Disney brothers. Walt wanted more control over his activities that were not directly related to the Studio. He suggested the arrangement was in the best interest of Walt Disney Productions as well as himself since the Studio could now count on the use of his name after he dies. Roy felt betrayed. The fact that Roy’s family did not benefit was the cause of the friction. Walt Disney Productions was a partnership between the brothers, and Roy did not appreciate the fact that only Walt’s daughters and wife would benefit from the deal. He would still work with his genius younger brother but it was not the same. Retlaw was ultimately purchased by Walt Disney Productions on July 8, 1981, for $46.2 million worth of stock.