If You Had Wings

Welcome back friends to A Musical Souvenir of Walt Disney World! Today, we’ll take a ride on the beloved and long gone If You Had Wings attraction. It’s going to be a great time, so if your all set and ready to roll, let’s get right to it… 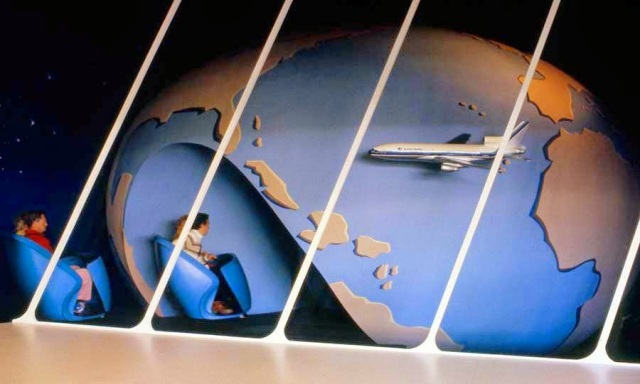 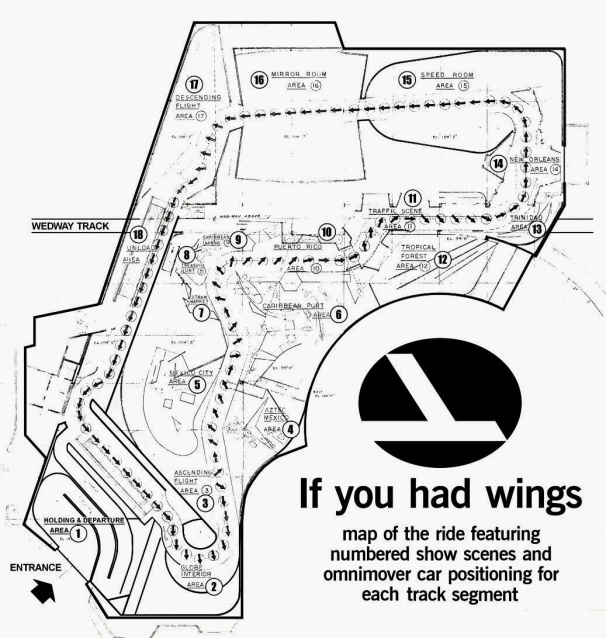 Here are Foxx’s notes on the creation of Track 12 – If You Had Wings:

This final Tomorrowland track was the impetus for the entire version 1 project, and was in fact the first completed. Several years ago, thanks to the efforts of people like Mike Lee and Michael Sweeney, as well as a dedicated cadre of researchers in California, it was becoming increasingly possible to attempt an aural rebuild of the Magic Kingdom as it appeared in its first ten years. The problem was that the If You Had Wings source music was totally unavailable. A demo version had been circulating online for some years, and although quite satisfactory, I could not in my conscience present a demo as a faithful reconstruction of actual music heard in the Magic Kingdom.

In the summer of 2011, the files appeared on WaltsMusic.Com. Although a little tinny and beat up, these were the authentic attraction source files, and I began work on a flow-through version at once. My goal was to keep the improved legibility of the new source while still giving some sense of the overlapping riot of sound which characterized this attraction. For reference I used a number of live recordings made available by Mike Lee and Eric Paddon as well as videos on YouTube – not just of If you Had Wings, but also its replacement attraction, If You Could Fly, which lasted deeper into the home video boom and helped give me some idea of the aural environment of the show despite it’s different score.

The track is as accurate as I can get it, but there are a few things which should be noted. First, following the “waterfall” scene (You could flitter and flutter to the isle of springs…), a steel drum musical track is heard, followed by a jazz band, and then the New Orleans scene’s vocal track. This steel drum track is something of an orphan. The sequencing of the track in the source file, which I assume closely follows the reel-to-reel tape from the Wagner collection it is recorded from, suggests that the steel drums may have been intended for this spot, and indeed the Caribbean and Puerto Rico segments of the ride are the only places where this particular track makes sense. But based on live recordings, it wasn’t in this section, but that doesn’t mean it wasn’t simply removed or for one reason or another inaudible. At this point in the track, myself and the audience needed an instrumental break, so I re-ordered both this track and the jazz track to provide a better listening experience.

The dislocation of the track becomes more interesting, however — because it appears at the very end of the ride in two, and only two, of the six reference recordings I have, right before the Unload area where the narrator intones “You do have wings!” In the other four recordings, this small but important space plays the “Airbus” (Load Area) theme. I left it in the ending in the version 1 release but have removed it for version 2, after several years of perspective. This makes If You Had Wings the only track in version 2 of this project shorter than the version 1 edit!

One thing missing from the WaltsMusic.Com reel-to-reel tape is the infamous “You Do Have Wings” exit music, so this reconstruction uses the demo tape version, which isn’t a bad match. The final piece of music that closes out Tomorrowland, the mellow reprise of the main theme, is very interesting and I’ve never run across any unimpeachable evidence that it actually played in situ in the Magic Kingdom, but if it did, it probably played right near the exit door where the Eastern Airlines reservation counter was located.

Despite my best efforts, the resulting track still didn’t sound like If You Had Wings until I put in several layers of 16mm projector noise – the attraction housed over 40 16mm projectors and one reason the ride was so loud was to drown out all those projectors humming along in the dark. I sourced the 16mm sound from Freesound.org – file “Projector16mm-2” by user Espectral. The fireworks in the New Orleans section closely match the sound effects played in the ride – which was probably just a needle drop rack anyway, these are “Fireworks” by user Dobroide on Freesound. Finally, I included a subtle waterfall effect in the “waterfall” scene – there was an actual pool of water and waterfall in this scene of the attraction which seemed to flow seamlessly out of the projected image and which provided some significant room tone. I elected for a quieter and less disruptive sound, it is “Small_water_fall_in_the_woods_2” by user Voliveri.

The track begins with a brief section where we “ride the WEDway” into the attraction. This is mixed from the Todd Becker 1980 WEDway live recording, a live recording of the WEDway in December 2011 (to get the clanking sound), and a pitch-corrected version of the WaltsMusic source file, which I modified to sound more like it was playing over the WEDway speakers.

Thanks also to Dolbyman at MouseBits for sending a slightly cleaned up copy of the If You Had Wings source music.

If only we could take one more ride on this long gone Tomorrowland attraction, huh? Not to worry, we’ll always have this wonderful track to soothe our needs.

Friends, tomorrow your going to hear something REALLY special! We’ll be taking a stroll of the Magic Kingdom by Starlight… 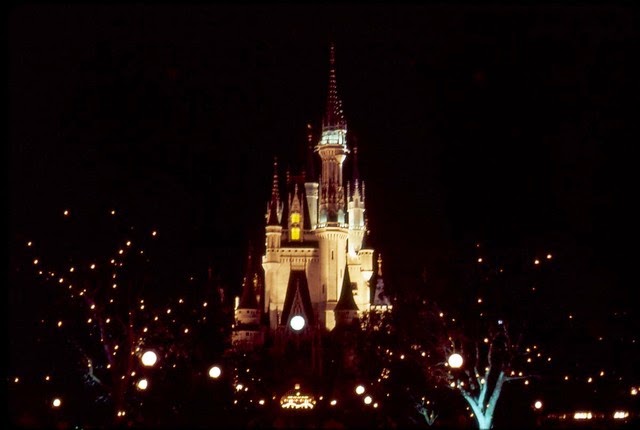 …it’s going to be truly magical! This wonderful If You Had Wings track has been added to the Disney Avenue Music Player for you to listen to whenever you’d like. See you right back here tomorrow where we’ll continue our tour of vintage Walt Disney World and visit the Magic Kingdom under the stars…

﻿
Keith Michael Mahne is the owner and editor of Disney Avenue and the host of the Disney Avenue Podcast. He has made countless trips to the Walt Disney World resort since his first trip in 1989 at the age of four.

You can find all of Keith’s articles here.